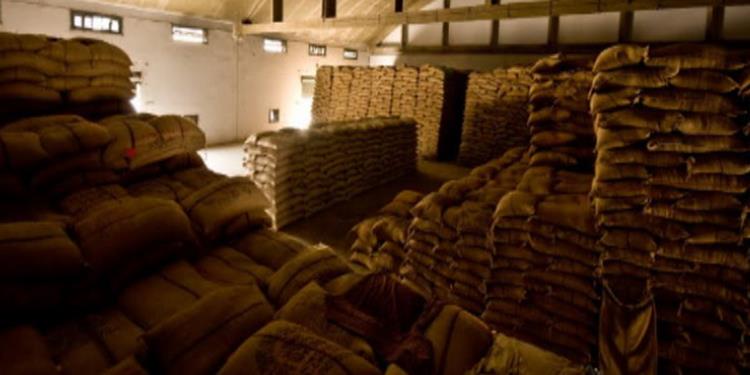 In previous 2 articles we covered agricultural inputs, issues related to input subsidies and pricing policy of the government along with WTO. Next most deserving issue comes out be procurement, storage, domestic and international trade. These stages are also heavily controlled by government. Minimum Selling Price regime forces government for an ‘open ended procurement policy’. This takes away discretion of FCI both in determining quantity to bought and price to be paid. Grains are squeezed out of open market and land into Godowns. Further, even grain which is left in open market and notified under APMC are meant to be brought to agricultural markets for sale and this increase costs and delays the movement of products in value chain. There are other interventions too, such as interstate cesses and taxes which further add upto the costs. Government has made relentless efforts to remove these hindrances, but agriculture being a state list subject has met with very limited success.


A. Food Corporation of India


It was formed in 1960’s and was part of larger plan directed toward food security and self-sufficiency. Other major institution was CACP. These two institutions along with MSP regime and Public distribution system were expected to work in tandem. FCI’s responsibility was to procure, Store and discharge grains as per policy of the government. Over the time, as in other cases these institutions too failed to adapt to changing circumstances such as changing demands of economy. As a result FCI now reels under chronic inefficiency through huge wastages, and storage cost of grains keeps on cumulating.


FCI deals in rice, wheat and coarse grains only. NAFED deals with pulses and oilseeds


As we have already learned that government is buyer of last resort and due to rising MSPs, government most of the time becomes preferred customers to farmers. In past few years government is buying about a third of total food grain production. New Food Security Act changes the situation dramatically. Previously, government had to distribute subsidized foodgrains only to below poverty line people and those covered under Antyodaya Anna Yojna (about 2.5 crore families). But now government is committed to provide food to 50% of urban and 75% of rural population at even higher subsidy. Act is expected to Increase procurement significantly.


The decentralized procurement was introduced by the Government of India in 1997-98 where states, which voluntarily become part of this program, procure, store and distribute food grains under the targeted public distribution system (TPDS) and other welfare schemes (OWSs), on behalf of the central government. The idea was to enhance the efficiency of the process by encouraging local participation. All expenses are centrally met. In Centralized procurement, grain is first moved to FCI godowns and then reallocated to states. This results in extra expenditure on storage and transportation. Currently, only 10 states undertake decentralized procurement.


-To Maintain operational stock and buffer stock for food security


-Allocation of grains to state


-Distributing and transporting grains to state


For what purposes FCI maintains stock of food grains?


All countries maintain some backup to tackle with any possible food crises due to Drought or any other natural calamity. At times there can be violent fluctuations in prices of important commodities due to macroeconomic imbalances for e.g. due to short term price rises in production can soon shift from essential food crops to cash crops. Countries have two options to secure, either to maintain physical stock of foodgrains or to maintain enough FOREX reserves so that at time of crisis country is able to import sufficient stocks. In case of latter country can lose its own capacity to intervene.


In aftermath of LPG reforms, India struck to its policy of maintaining sufficient physical stocks, in spite of pressure from developed countries in forums such as WTO. In contrast most of ASEAN countries turned away from physical Stock toward international market. In year 2007 there was food prices crisis due to low global production, which pushed global agro prices higher. India’s stocks saved it from any hardship, but ASEAN countries had to spend substantially higher FOREX reserve to overcome the shortage.


Further, in developed countries big agro corporations maintain huge inventory of agricultural products. And they have to depend lesser upon government support. Again, in India private sector despite having promising future doesn’t yet have capacity to take care of any crisis.


Another major reason for stocking of food is to serve world’s largest public distribution system. As already said, passage and implementation of FSA is expected to raise procurement upside, which in turn will raise need for stock maintenance.


Last but not least, FCI under an open ended policy has no option but to buy whatever is offered to it by farmers. So unless a similar policy of regular disbursement is not followed, stocks will keep piling up.


These points makes stocking of food grains imperative. But, on the grimmer side India’s stock are almost double than it needs and per year carrying cost of grain is as high as Rs 5 per kg. Carrying costs Include rent, management, maintenance and interest on money blocked in stock. This coupled with pilferage, theft and quality deterioration fails whole concept and turns a virtue into vice.


Storage capacity with FCI is largest and it is increasing reasonably. But capacity under Cover and Plinth is increasing faster than covered ones. CAP is unscientific and FCI is recommended to store only operational or temporary stocks here. Here quality deterioration, pilferage and theft is substantially higher.


CAP storage is an indigenous method developed by FCI, whereby foodgrains are stored in the open with precautions such as rat and damp proof plinths and covering of stacks with specially fabricated polythene covers etc.


Private sector is being roped in to create capacities for the government (on a five to ten year guarantee period) under the Private Entrepreneurs Guarantee (PEG) Scheme since 2008; the progress has been tardy as private entrepreneurs do not find it profitable.


As against the buffer norm of 16.2 million tons and strategic reserves of 5 million tons, total foodgrains
storage in the FCI godowns was reported at 57.38 million tons as on August 1. Currently rice and wheat are released from godowns after 24 and 36 months respectively. Food Ministry issued orders to bring this period down to 18 months. It was decided that 10 million tons of wheat and 5 million tons of rice will be released in the market. Consequently now, as per news stocks has come down substantially and newly procured rice will not be stored under cover and Plinth. This also partially explains recent cooling of CPI inflation.


Transportation – In addition to this, transportation of grains from FCI/ CWC godowns to state godowns is with FCI and from State Godowns to Fair Price Shops is of State


PDS was 1st introduced in post WW2 period due to crippling food shortages and then in times of food crisis of 1960’s was significantly expanded. In early days it was Universal subsidized delivery, in 1990’s Revamped PDS was launched to include hilly and inaccessible areas, then finally Targeted PDS was introduced.


In 2001 Public distribution system order was passed under ESSENTIAL COMMODITIES ACT,it governs rules regarding identification of beneficiaries and commodities to be included .


-Central govt. Allocates Food grains to each state based on above.

This is current system, and
Enactment of Food security Act has done away need for BPL based identification. As Food security act is currently implanted by only 11 states, other states are following BPL based system. Still identification will be done by state governments only and Socio Economic Caste Census will be instrumental in this.


States can also increase entitlements at their own expense. Tamil Nadu, Chhattisgarh and Madhya Pradesh are proving


Apart from TDPS and Food Security Act, there are number of other schemes for which FCI stocks and issue grains. Important among them are –