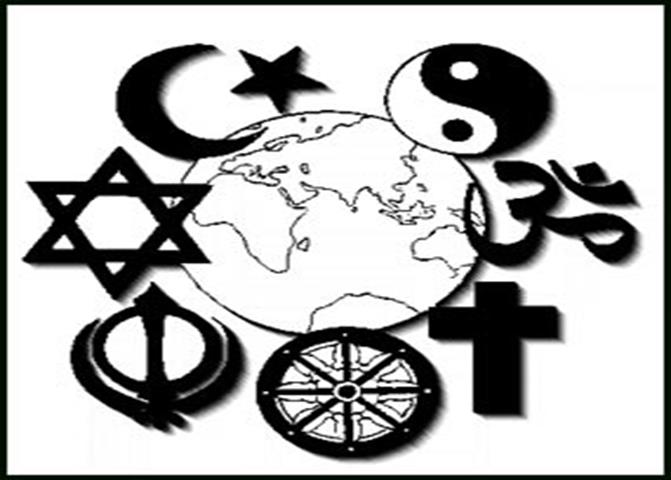 Secularism is the first and foremost doctrine that opposes all such forms of inter- religious domination.

Separation, loss and sufferings are endemic to the human condition, while large part of our suffering is man-made and hence eliminable, at least some of our suffering is not man made. Religion, art and philosophy are responses to such sufferings. Secularism too accepts this and therefore it is not anti-religious.

Religion has its own share of some deep-rooted problems. In religions such as Hinduism, some sections have been persistently discriminated. For example- Dalits have been barred from entering Hindu temples. In some part Hindu women cannot enter temples. When religion is organised, it is frequently taken over by its most conservative faction, which does not tolerate any dissent.

Religious fundamentalism in parts of US has become a big problem and endangers peace both within country and outside. Many religions are fragmented into sects, which leads to frequent sectarian violence and persecution of dissenting minorities. This religious domination is known as inter- religious domination.

What kind of state is necessary to realise these goals?

Here we will see how a state committed to the ideal of secularism should relate to religion and religious communities. Mutual help and sharing can help or contribute towards reducing prejudices & suspicion between communities. One way of reducing religious discrimination is to work together for “mutual enlightenment“. Education is the only way of helping change the mind set of people.

But only education & goodness of some persons will not completely eliminate religious discrimination. Modern day’s societies, states have enormous public power.

How state should prevent such domination by any religious group?

A secular state must be committed to principles and goals which are at least partly derived from non- religious sources.(i.e. means). These ends should include peace, religious freedom, and freedom from religiously grounded oppressions, discriminations and exclusions as also inter-religious and intra-religious equality.

To promote these ends the state must be separated from the organised religion and its institutions for the sake of some of these values. There is no defined pattern or form to suggest this separation.

Further, we will consider two models:-

The western model of Secularism 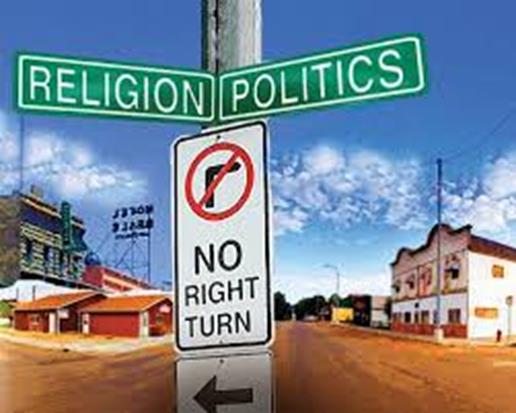 All secular states have one thing in common, they are neither theocratic nor do they establish a religion.

Features of Western concept of secularism:-

For example – if religious women forbids a woman from becoming a priest, then the states cannot do anything. Like this, if a particular religion forbids the entry of some of its members in the sanctum of its temple, then the states has no option but to let the matter rest exactly where it is.

So here the religion is private matter, not a matter of state policy or law. This model interprets freedom and equality in an individualist manner. Liberty is the liberty of individual. Equality is the equality between individuals. There is little scope for community based rights or minority rights.

On the other hand drawbacks of this model can be seen as, such states focus on intra-religious domination by strict separation of state from church to realise among other things individual freedoms, issues of inter-religious (and therefore minority rights) equality are often neglected. This model leaves no scope for the idea of the state supported religious reforms. 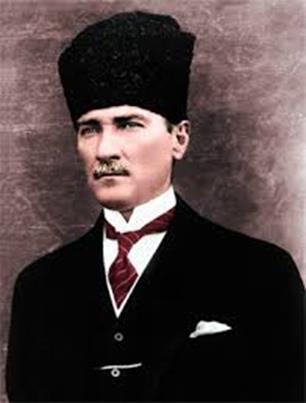 It is not about the principled distance from organised religion, instead it involved active intervention in and suppression of religion. This version of secularism was propounded and practised by Mustafa Kamal Ataturk., who came to power after First World War in Turkey, after the defeat of Ottoman Empire.

He was determined to put an end to the institution of Khalifa in public life of Turkey. He set out in an aggressive manner to modernise and secularise Turkey. He changed his own name from Mustafa Kemal Pasha to Kemal Ataturk (Ataturk means Father of Turks). The Fez, a traditional cap worn by Muslims was banned by the Hat law. Western clothing was encouraged for men and women. The western (Gregorian) calendar replaced the traditional Turkish calendar.

Nehru’s view was – “Equal protection by the state to all religion“. He wanted a secular state to be one that “protects all religions but does not favour one at the expense of others and does not itself adopt any religion as the state religion.”

Indian secularism is fundamentally different from western secularism. It does not focus only on Church- State separation and the idea of inter-religious equality is crucial to the Indian conception.

There was already a culture of inter-religious ‘tolerance’ in India. Tolerance is compatible with religious domination. It may allow some space to everyone but such freedom is usually limited.

The advent of western modernity, brought to the notice, neglected and marginalised notions of equality in Indian thought. It sharpened these ideas and helped us to focus on equality within the community. It also ushered ideas of inter-community equality to replace the notion of hierarchy. Its operation is done through three factors- Scientific and rational education, Legislation, social reforms, Urbanization and industrialisation.

So, Indian secularism took on a distinct from as a result of an interaction between what already existed in a society that had religious diversity and the ideas that came from the west. It resulted in equal focus on intra-religious and inter-religious domination.

The Indian state may engage with religion negatively to oppose religious tyranny. It may also choose a positive mode of engagement. Thus, the Indian constitution grants all religious minorities, the rights to establish and maintain their own educational institutions, which may receive assistance from the state.

Secularism as philosophy of the constitution 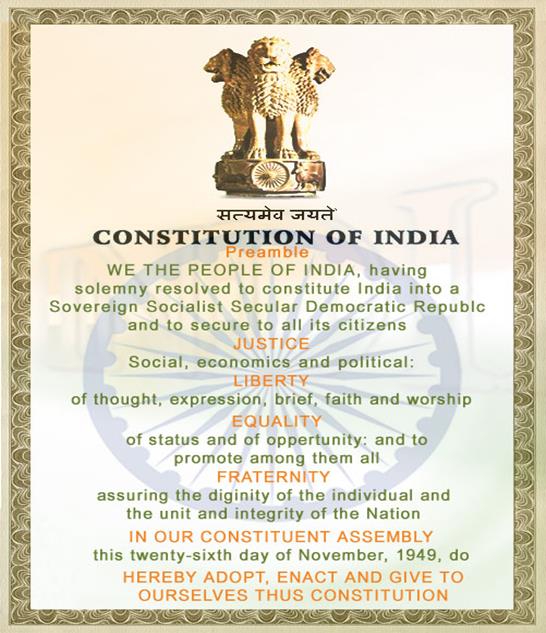 The preamble of the Indian constitution reflects the philosophy of the constitution, starts

“WE THE PEOPLE OF INDIA, having solemnly resolved to constitute India into a SOVEREIGN, SOCIALIST, SECULAR DEMOCRATIC REPUBLIC and to secure all its citizen…………………………
”

Though the term ‘secular’ was not initially mentioned in original constitution, but the Indian constitution has always been secular. As, we have already discussed how Indian secularism differs from western concept. So, in India, it is not mutual exclusion, rather it is principled distance, a complex idea that allows state to be distant from all religions so that it can intervene or abstain from interference, depending upon which of these two would better promote Liberty, equality and social justice.

Constitution reinforces and reinvents forms of liberal individualism through Article- 26, 28, 19, etc. Constitution upholds the principle of social justice without compromising on individual liberties. The constitutional commitment to caste based affirmative action program, shows how much ahead India was compared to the other nations (as in US it began after 1964 civil rights movements)

Against the background of inter-communal strife, the constitution upholds its commitment to group rights (the right to the expression of cultural particularity). So, our forefathers/ framers of the constitution were more than willing to face the challenges of what has to be known as multiculturalism.

The question of secularism is not one of sentiments, but one of laws. The secular objective of the state was expressed by inserting the word ‘Secular’ in the preamble by the 42nd constitutional amendment act, 1976. Secularism is basic structure of the constitution.

Secular attitude or attitude of impartiality towards all religion is secured by the constitution under several provisions. (Article 25 to 28).

Firstly, there shall be no ‘state religion’ in India. The state will neither establish a religion nor confer any special patronage upon any particular religion. It follows from this, that-

Secondly, every person is guaranteed the freedom of conscience and the freedom to profess, practise and propagated his own religion, subject only-

Subject to above limitations, a person in India shall have the right not only to entertain any religious but also to practise the observances dedicated by such belief and to preach his views to others (Article 25).

Thirdly, not only is there the freedom of the individual to profess practise and propagate his religion, there is also the right guaranteed to every religious group or domination –

It is to be noted that this guarantee is available not only to the citizens of India but to all persons including aliens.

Views of our founding fathers of our constitution

“Religion is the personal affair of each individual. It must not be mixed up with politics or national affairs” – in 1947

“I do not except of any dreams to develop one religion i.e. to be wholly Hindu or wholly Christian or wholly Mussalman, but I want it to be wholly tolerant, with its religions working side by side with one another”

His main concern was to bring heterogeneous communities under one roof, in a nation divided on caste lines.

In various wars, the strength of Indian secularism has been tested. Over the years Kashmir has become a symbol as well as test of Indian secularism. Secular responses were given to Punjab terrorism (due to communal politics) in 1966. Nehru, at that time adopted few basics rules for dealing with militant agitations and their demands. First, no negotiation or political transactions with the leaders of a movement or acceptance of the demands, if they had secessionist tendencies, if they took recourse to violence or based their movement or demands on religion or communalism. Second, Nehru remained sensitive to the feelings of the minorities and dealt firmly with both Hindu and Sikh Communalism.

India is facing challenges to keep secularism alive in the form of Communalism (communal violence), politicization of caste and religion, the rise of fundamentalism and obscurantism, etc.

Sometimes, Indian secularism is also criticized for being Anti-religious, but that is actually not true, as it is against institutionalised religious domination. It is also said that it promotes Minoritism, but it only advocates minority rights as long as those rights protect their fundamental interests. It is also criticized for being Interventionist, which means that secularism is coercive and it interferes excessively with the religious freedom of communities.

But again, this is misread because Indian secularism permits state-supported religious reforms. Personal laws can be reformed in such a way that they continue to exemplify both minority’s rights and equality between men and women. But such reform should neither be brought about by state or group coercion nor should the state adopt a policy of total distance from it. The state must act as a facilitator by supporting liberal and democratic voices within every religion

It was also criticized as an Impossible project by other nations, but India claimed this false. In fact, migration is increasing due to globalisation and it is creating situation where Indian model is very much desired. Europe, America, and some parts of Middle East are beginning to resemble India in the diversity of cultures and religions which are present in their societies. These societies are watching the future of the Indian experiment with keen interest as a solution for their society.

Secularism in other countries like Bangladesh is very unique, which has Islam as a state religion and also secularism as one of the basic tenets of the Constitution.

In case of China, the Communist Part of China follows Atheism, but there are five religions recognized by the state: Buddhism, Taoism, Islam, Catholic Christianity, and Protestant Christianity. The state even promotes “normal” religious activity (e.g., not using temples as a platform to preach violence or rhetoric against the state) as a force for the stability of China. Moreover, the religious practises in China are state controlled.