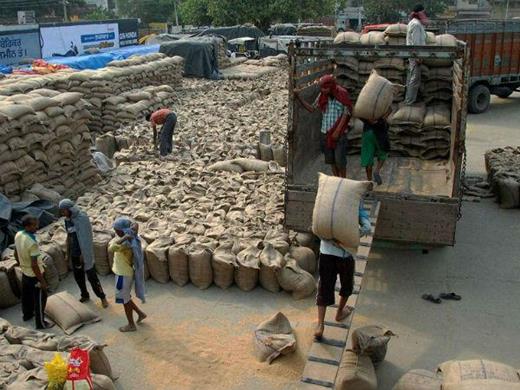 
Democratic developing countries always have challenge of development which should benefit impoverished masses by way of providing employment and decent standard of living .Universal adult Franchise which is landmark of democracy gives voice to labor which is strong in numbers. These countries can’t ignore interest of labor in favor of industry and capital. Developed countries on the other hand extended voting power to workmen


only after long period of industrial development. During this period capitalists of the country amassed wealth and in latter period, mainly after numerous labor movements, workers getting voting rights, activism of International Labor Organization and New Deal of Roosevelt , western governments took up responsibility of wealth redistribution. India at time of independence took up dual of wealth creation and redistribution simultaneously.


For this they need investment which has to compete with developed countries. Investment whether domestic or foreign will come, given there is low cost advantage. In the starting phase this low cost advantage is derived through relative lower wages of workers as there is surplus labor. As a result industries start mushrooming and results in shortage adequate skilled labor and at same time there is rise of trade unionism. By this time low cost advantage starts waning and governments struggle to maintain balance between workers’ rights and industrial growth by legislation. After this government tries to maintain low cost advantages by easing Infrastructure bottlenecks, Tax concessions etc. This is quite evident form developments in Chinese economy over last two decades.


Trade unions (like Bhartiya Majdoor Sangha or Centre for Indian trade Union) are pressure groups which aim to protect interests of labor through ‘collective bargaining’. As individual worker doesn’t have much influence, they need to get together to deal with capitalists. They bargain constantly for higher wages, safety at work, social security, job security etc. For this they organize demonstration, strikes and petitions to higher authorities. 1st organized strike in India was in Great Indian Peninsular Railways in 1899. Sometimes some of them indulge in violence, as it was seen recently A jute Mill in West Bengal and Maruti udyog Ltd. They also constitute a separate class and vote bank and political parties tries woo them before elections. But in last decade frequency of strikes, lockouts and Man days lost have reduced significantly, so is their behavior as separate vote bank. This indicates toward growing cordial relations.


To deal with trade unions and to present their consolidated viewpoint employers too got organized and 1st such organization was All India Organization of Employers, formed in 1932.


There are three parties in this cooperation 1) Government 2) Employer 3) Trade Union. This is generally called Tripartite Cooperation System. Here government acts as mediator between other two who generally have conflicting interests. But in reality all three parties have a common interest that is industrial growth and are dependent upon each other.


Our constitution has many articles directed toward their interests for eg. Article 23 forbids forced labor, 24 forbids child labor (in factories, mines and other hazardous occupations) below age of 14 years. Further, Article 43A was inserted by 42nd amendment – directing state to take steps to ensure worker’s participation in management of industries. (Gandhi ji said that employers are trustees of interests of workers and they must ensure their welfare.)


Labor laws are under concurrent list. There are approx. 144 central and state laws, most or all of which seek compliance from industries.


Founded in 1919 as result of Treaty of Versailles, it became first specialized agency under United Nations in 1945. Its vision is to secure humane working conditions for workers and to attain social justice for them universally. In short it carries ‘Decent Work Agenda’.


It has produced about 189 legally binding conventions on member countries and more than 200 non-binding recommendations. It is also global center for research and study on work and labor.


It also gave 4 core standards on labor which are part of general human rights as per UN declarations. These are –


Ease of doing Business: India ranked 134 out of 189 countries


Current reforms are expected to improve these rankings significantly