Swavlamban Abhiyaan: a set of 11 pro-poor initiatives for the benefit of Shram Yogis, especially women and youth, by the Gujarat government.


This was launched on September 17, which is observed as Vishwakarma puja diwas across the country. This day is revered by all the Shram yogis i,e. people who live through hard work.


The Trade Policy Forum is a key element of the strategic dialogue, serving to advance the two countries’ efforts to expand the economic ties.


Bilateral trades have doubled and Indian companies have grown significantly since the inception of The Trade Policy Forum in 2005. This further helps the two countries realize their full potential for even greater trade and investment.


The Forum primarily aims at providing an environment, with the global rules-based trading system that supports expanding trade and investment and helps to strengthen the commercial ties between the U.S. and Indian businesses.


This shared vision is achieved by developing and implementing trade policies through transparent procedures that comply with international obligations, fostering an environment conducive to technological collaboration and innovation, and by promoting inclusive economic growth and job creation in the United states and India.


It is celebrated every year in the first week of December. It is organized by the government of Nagaland to encourage inter-tribal interaction and to promote cultural heritage of Nagaland.


Nagaland is known as the land of festivals. Most of their festivals revolve around the agriculture as more than 60% population of the Nagaland depends on Agriculture.


The Festival is named after the hornbill, the globally respected bird and which is displayed in folklore in most of the state’s tribes. 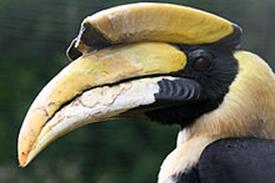 The program unites all the people of Nagaland and showcases different traditional arts which include paintings, sculptures and wood carvings.


What is Naga Heritage Village?


It is established and commissioned by the state government of Nagaland.


Its objective is to protect and preserve all ethnic cultural heritages by establishing a common management approach and comprehensive data base for perpetuation and maintenance for promotion of tourism. It also aims to uphold and sustain the distinct identity of dialects, customs and traditions of all the ethnic tribes of Nagaland.


It is situated about 10 km from the state capital-Kohima.


It serves as the platform where some important festivals, like Hornbill festival, are celebrated.


The bill seeks to replace the existing Collegium system for selecting the judges with The National Judicial Appointments Commission.


This bill needs to be passed by at least 15 states before it is sent to the presidential assent and brought into effect.


This type of amendment falls under the second category of amendments to the Indian constitution under article 368 which requires ratification by half of the states.


It is a humanitarian assistance program launched by the Army (in close coordination with the aviation authorities) in the northern command, in response to the recent floods in J&K to rescue the people.


The Indian Army has also launched ‘Mission Sahayta’ in Kashmir to rescue the people from critically affected areas.


It is the combined Indo-US military training exercise.


Is there any difference in the blood between humans and animals?


Human and other animal blood is different in many aspects. Human blood is always warm blooded whereas cold blooded in other animals except in mammals and birds.