Rajiv is an IAS aspirant. He studied in two premier institutions and worked for a while in an IT company. He quit the job and started preparing for the civil services exams. In his first attempt he wrote mains but could not qualify for the personality test. In next two attempts, however, he gave interviews but fate had it that his name did not appear in the final list. In all three attempts he had scored less in Mains and in two interviews his score was average if not bad.

Coming under General Merit, Rajiv had only four attempts to get into IAS. For the last attempt, he decided to take a break of one year and prepare extremely well giving no chance to fate. By then he had spent five years just for preparing for this exam with no job in hand. 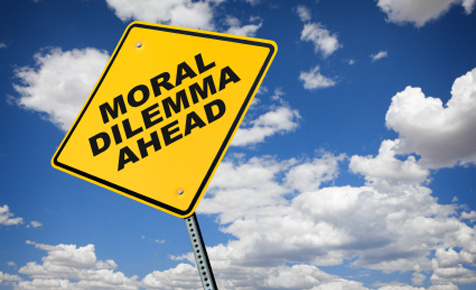 He did prepare well and easily sailed through the Preliminary and Mains exam. For his final interview, Rajiv, prepared himself very well. He read widely. He contacted his peers and well wishers, talked to them extensively and took feedback on his body language and communication skills. He took mock tests at prominent institutions and got a very positive feedback.His confidence was at an all time high. By the time interview call letter came, Rajiv was fully ready to face his final test to realize the dream of becoming an IAS officer.

On the previous day of his interview, Rajiv talked to his parents, girlfriend and teachers and sought their wishes. He had a sound sleep too.

His interview was scheduled in the second session i.e in the afternoon. On the day of his interview, in the morning Rajiv was calm, composed and had a friendly chat with fellow aspirants who had stayed together in a friend’s room.

He had his lunch and left room in his bike half an hour before the scheduled time of his appearance at UPSC office.

Rajiv was riding his bike with lots of thoughts in his mind. The road was almost empty. As he was riding, just in front of him, a speeding bike collided with the road divider. Seeing this, Rajiv stopped his bike for a minute and went near the accident scene. A man, crying with pain, was lying in a pool of blood and a girl child, around 5 year old, was lying unconscious next to the man. Rajiv looked around for help, but two or three cars sped away without stopping by.

Rajiv had to be at UPSC office in 10 minutes. If not he would forever lose his dream of becoming an IAS officer.

In this situation, what should Rajiv do? Justify your answer.