In a landmark verdict, the Supreme Court today ruled that all the convicted MPs and MLAs in a criminal case will be disqualified from holding their offices from the day of the conviction itself, even if the conviction ruling is from a trial court.

In what ‘political pundits’ might call as a ‘Judicial overreach’ , The Supreme Court held that the Parliament lacked legislative competence to provide immunity to legislators convicted with criminal charges by the courts.

The Parliament had enacted Representation of the People Act, 1951 in which under sub-section 4 of section 8, MPs and MLAs were given immunity from disqualification if they were convicted for certain crimes by a trial or any other court.

This act was enacted based on the constitutional provisions under articles 102(e) and 191(e) which gave power to the Parliament to make such laws to specify grounds for disqualification of an MP and MLA respectively.

The bench of Justices A K Patnaik and S J Mukhopadhaya, discarded the government of India’s argument and upheld the writ petitions filed by Lily Thomas and S.N. Shukla, general secretary of Lok Prahari, an NGO from Lucknow. 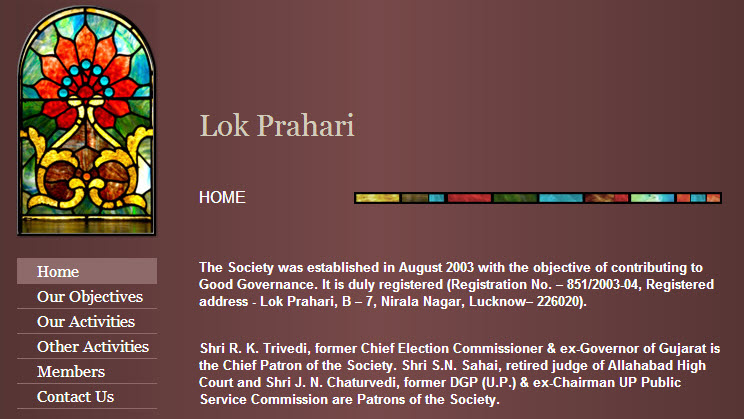 THE COPY OF THE CUPREME COURT VERDICT

However, the Supreme Court had a word of relief for the sitting MPs and MLAs, who if convicted in the past and now had appealed in the courts, would not be disqualified. The ruling will be effective from today. Any MP or MLA, if convicted tomorrow for a minimum of 2 years or more in a criminal case, he will be disqualified immediately.

From now on, no MP or MLA can contest election from jail, or he can take rescue under the guise of appeals in higher courts.

Presently, India has 1,460 sitting MPs and MLAs with criminal cases against them.

This verdict is a small step in cleansing the dirt in Indian politics. The ball is now in the government’s court. It should not, in any way try to brand this remarkable verdict as ‘judicial overreach’ or conspiracy by the highest court to control the executive.

As the conscience keeper of the nation, the Supreme Court has again come to the rescue of our constitutionfrom its misuse. If governments allow the Election Commission to bring radical reforms in the present electoral system and follow those reforms in letter and spirit, this will go a long way in strengthening the roots of democracy and restoring the trust of the People in the system.