Every serious IAS aspirant must know beforehand what awaits him once he enters the ‘system’. Almost ever year, a retired bureaucrat or a diplomat pens an autobiography recollecting all the bad old memories and present them to the reader in the hope that his experiences might shed some light on the working of the ‘system’ he was part of.

I found following books worth reading for their honest reflection about the working of the ‘system’. Hope you will enjoy reading them. 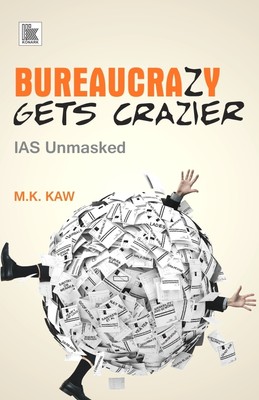 This is an intimate, inside look at the state of the Indian Administrative Service, with nothing held back. It lays bare the activities of the modern mandarins behind bolted portals, describing how they crawl up the greasepole of success, manipulating in-laws and outlaws with equal felicity.

Bureaucrazy was first published in 1993. Its first edition was sold out in 30 days. It was translated into Hindi and Punjabi under the title Afsarshahi Benaqab. Over the years there has been a clamour for Bureaucrazy 2. This is a revised and updated edition of the original with 15 new chapters in addition to the 31 of the first edition.

About the Author
Maharaj Krishen Kaw was born on 10 November 1941 in Srinagar, Kashmir. He joined the IAS in 1964 and was allotted to the Himachal Pradesh cadre. He held important posts in the state, including Principal Secretary to Chief Minister, Finance Secretary, Education Secretary and Personnel Secretary. He also spent fifteen years at the centre and held the posts of Member Secretary, Fifth Central Pay Commission, Secretary Civil Aviation and Secretary Human Resource Development. 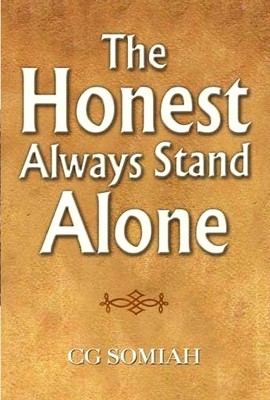 Candid and outspoken, CG Somiah shares his experiences as an Indian Administrative Officer, from his first posting to Orissa as Assistant Collector to the more heady days of fighting terrorism in Punjab, keeping an eye on the country as Home Secretary and Central Vigilance Commissioner and, finally, a six-year tenure as Comptroller and Auditor General of India.

His efforts to stem corruption resulted in a loss of promotion for two years. His colleagues were upset about his plight and some of them were of the view that it was not prudent to defy corrupt politicians who can harm one’s career.

Somiah, however, heartily disagreed with them. Speaking straight from the heart, Somiah’s narrative is well-knit and crisply put together. It takes us back to the exciting days of Rajiv Gandhi’s prime ministership and gives us a glimpse into the discussions that took place at the highest political level. As its title suggests, The Honest Always Stand Alone marks the journey of a man who always upheld the truth.

3) The Service Of The State: The IAS Reconsidered

Is the Indian Administrative Service (IAS) still the most appropriate institution to govern twenty-first-century India Should a cadre of generalists head organizations as complex and diverse as industrial units, museums and rural development boards? If it had to be replaced, what is the best alternative? Drawing on his experience of thirty-six years in the IAS, Bhaskar Ghose addresses these and other major questions regarding the role, relevance and effectiveness of India’s long-established but often controversial system of state administration in The Service of the State.

This reflective and luminous memoir is not only a portrait of a lifetime’s service to the state; it is also a timely and persuasive argument for a system of governance that has had a critical impact on India since Independence.

About the Author
Bhaskar Ghose was educated in Mumbai and Delhi and joined the Indian Administrative Service in 1960, retiring from it after thirty-six years. He served in various capacities both in the government of West Bengal, the state to which he was assigned, and in the Government of India.

He has held the posts of Director General, Doordarshan, Secretary, Department of Culture in the Ministry of Human Resource Development, and Secretary, Ministry of Information and Broadcasting. He has been a visiting fellow of Queen Elizabeth House, University of Oxford.

Every sixth human being in the world today is an Indian, and every sixth Indian is an untouchable. For thousands of years the untouchables, or Dalits, the people at the bottom of the Hindu caste system, have been treated as subhuman.

In this remarkable book, at last giving voice to India’s voiceless, Narendra Jadhav tells the awe-inspiring story of his family’s struggle for equality and justice in India. Based on his father’s diaries and family stories, Jadhav has written the triumphant story of his parents’ their great love, unwavering courage, and eventual victory in the struggle to free themselves and their children from the caste system.

He vividly brings his parents’  world to light and unflinchingly documents the lives of untouchables – the hunger, the cruel humiliations, the perpetual fear, and the brutal abuse. Untouchables is an eye-opening work that gives readers insight into the lives of India’s 165 million Dalits, whose struggle for equality continues even today.

About the Author
Narendra Jadhav was born in Mumbai, India. He is currently the principal adviser and chief economist for the Reserve Bank of India and is the author of seven books and more than seventy research papers.

5) An Outsider Everywhere: Revelations By An Insider 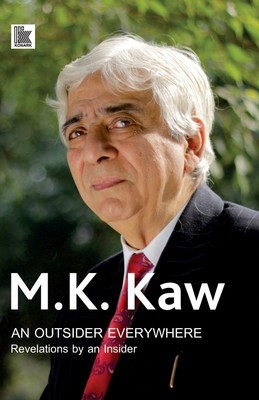 Autobiographies of civil servants generally make for banal reading. These are either exercises in self-glorification or attempts at pontification.

This is an autobiography with a difference. M.K. Kaw, the author of Bureaucrazy fame is known for his style imbued with humour and pen dipped in satire. Here he takes a look at his own life, starting with a zany essay on why he is called Kaw, which means crow in Kashmiri. In one of the chapters, he refers to the phenomenon which led some of his younger colleagues to revel in the appellation Kawboy.

The text is peppered with half-remembered lines of a childhood poem celebrating the exploits of Natha Singh, a truck driver of Delhi. He has not omitted to reproduce in its unexpurgated virility a naughty limerick he composed at a party about his chief secretarys non-performing member.

There are revelations about the exploits of politicians and bureaucrats, as seen from the perspective of a poet who got trapped in the topsy-turvy world of bumbledom.

Kaw has manfully resisted the temptation to deliver high-sounding sermons at hapless juniors in the service. He has instead concluded with tongue-in-cheek aphorisms camouflaged as pearls of wisdom.

6) The Insiders View: Memoirs of a Public Servant 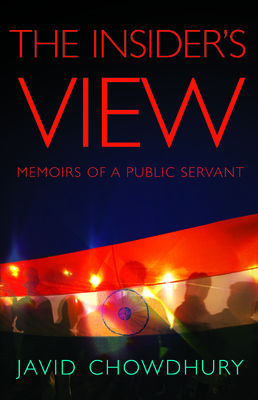 In this illuminating memoir Javid Chowdhury shares his varied experiences over four decades in the IAS: the years in training, when he imbibed the services ethos and values; his initiation into the rural universe as the District Development Officer and the District Magistrate; and further on, to his handling of the infamous Bank Securities and Jain Hawala scams as Director of Enforcement and Union Revenue Secretary.

With a light pen, Chowdhury describes the changing social profile and attitudes of entrants to the higher civil services; the nepotism, in many garbs, that he encountered as Establishment Officer; and the stranger than fiction tortuous investigations of crimes. He also offers his nuanced reflections on the dubious legacy Gujarat acquired as a result of the communal carnage in 2002.

About the Author
Javid Chowdhury has been a career civil servant in the Gujarat cadre of the Indian Administrative Service and has experience in several key sectors of public administration. He has served as the Union Secretary in the Ministry of Food, Department of Revenue and the Ministry of Health & Family Welfare. He lives in retirement with his son and daughter in Delhi. Presently, he is active with NGOs working in the domain of Public Health. 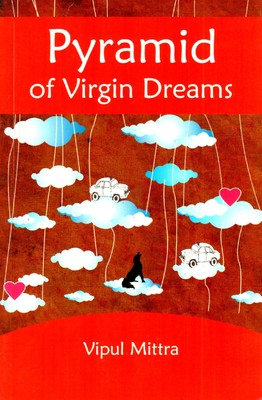 Eight-year-old Kartikeya Kukreja solemnly swears to become an IAS officer after accompanying an illegal poaching expedition to obtain a partridge and blackbuck for his father’s boss’s supper.

Kartikeya eventually discovers the secret of his father’s fawning subordinates as they attempt to scramble their way up the civil service pyramid, and himself experiences a similar hilarious predicament.

A refreshingly original rendition of the slippery life in the Indian bureaucracy, Pyramid of Virgin Dreams, replete with comic imagery, portrays, with humour and intelligence, an India that is both farcical and full of hope.

About the Author
Vipul Mittra is an officer of the Indian Administrative Service, currently serving in Gujarat. He lives with his family in Ahmedabad. Pyramid of Virgin Dreams, his first novel, was ten years in the making.

8) No Minister: Memoirs of a Civil Servant

The bard wrote: ‘The course of true love never ran smooth’. The same is true of this book. It is the memoirs of a civil servant who followed the path of rectitude. This is an interesting autobiographical account full of anecdotes and the author’s personal observations on the bureaucracy, politics and life. It covers a fascinating period in India’s political and administrative fabric and gives us insights into the working of the civil services. As Mahesh Prasad observes, ‘The career of a civil servant which may appear to be glittering to outsiders is an eternal struggle’. As he says, there are those who are happy saying ‘Yes, Minister’, and so reap the benefits that come their way. Those who dare to oppose the Minister have to face the consequences. Dealing with the steel frame, it unveils the seeping in of corruption and inequity in the bureaucracy. The book is replete with self- deprecating humour and bon mots and is well worth a read.

About the Author
Mahesh Prasad has had a long and distinguished career as a Civil Servant in the Indian Administrative Service. He retired from the rank of Cabinet Secretary, as Chairman India Trade Promotion Organization (ITPO). During his career spanning 40 years he has held several posts in the Civil Services, including the post of Joint Secretary in the Ministries of Home and Commerce, and Advisor, Planning Commission. He has also held Secretary level positions at the Centre in the Ministries of Finance, Industry, Environment, and Information & Broadcasting. Mr Prasad has also been Chairman of a number of UN and intergovernmental bodies. Born in Lucknow, India, into an upper middle class family, the author was educated at Lucknow University and at Sidney Sussex College, Cambridge. He has been conferred several awards for distinguished public service such as Indira Gandhi Priyadarshini Award (1998), Bharat Gaurav Award (1999), Pride of India Award (2000), International Millennium Goldstar Award (2001), Rashtriya Ratna Award (2001) and U.P. Ratan Award (2003). Mr. Prasad now serves on the Board of various commercial and charitable organizations.

9) And What Remains in the End : The Memoirs of an Unrepentant Civil Servant 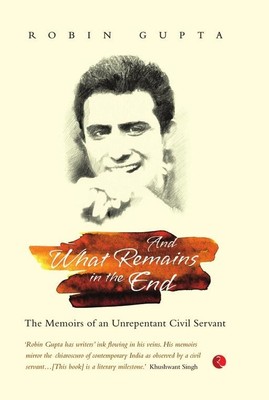 In And What Remains In The End: The Memoirs Of An Unrepentant Civil Servant, author Robin Gupta provides readers with the socio-historical and economic developments that have occurred in India over the last four decades. Gupta’s memoir provides a rich account about a country that is progressive and the people who have dedicated themselves to serving India. It is a sensitive, historical, and philosophical account, of India’s growth as a nation, and the major role played by Indian civil servants in advancing it.

Robin Gupta is an author and retired civil servant. He was born in 1948 in Delhi. Gupta briefly served with the Indian Police Service before becoming an Indian Administrative Service officer in 1974. As an IAS officer, he received challenging assignments which required him to travel across the country. Gupta was also posted as a commissioner on seven different occasions, which is a record in Indian civil service history. Gupta’s final posting was in the Government of Punjab, where he was a financial commissioner.